Here I will give details about the Judas/Max Payne 4 project, first of all, all deserved credits to Matheusvictorbr for giving me all the information. Well let's get started:

1-Pre-production started in 2017, and full production in 2020.
2-The announcement will be after the launch of GTA VI, it may be 2024, the launch in 2026.
3-Platforms: PS5 and Xbox Series X / S, 4K 60FPS. There will be no versions of PS4 and Xbox One.
4-It is being developed together with GTA VI, but in 2022 it will be paused for other studies to finish GTA VI and be released in 2023. It will resume that same 2023, the announcement will occur in 2024 and will be released in 2026.
5-The project is in good condition and is ambitious.
6-It is being developed by Rockstar Toronto and other studios, Remedy is not involved.
7-Dan Houser has written the story and is involved in its development. Will come back in the future.
8-It will be a sequel. 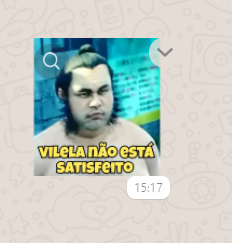 About PixelHive
PixelHive is a game development company based in Porto Alegre, at the south of Brazil. They were founded in 2011 and today their team consists of 17 members. Half of them works with outsource projects, and the other half works on the Kaze and the Wild Masks project.